Pull (at least) three cards and use them to write about a magical spell. 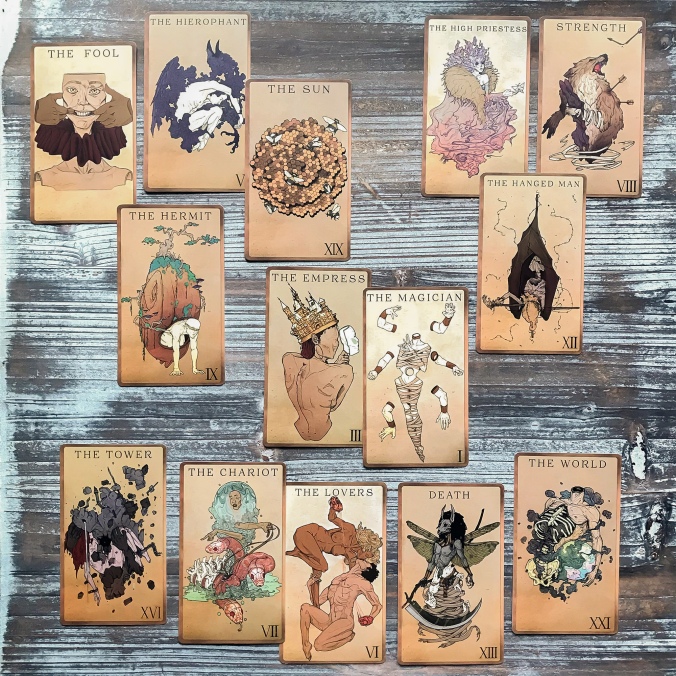 There was once a young girl (The Fool) named Emmaline that spent all of her time frolicking by herself (The Hermit) in the forest among the Fae. They taught her many things (The Hierophant) and filled her days with an abundance of joy (The Sun).

Her mother was worried for her daughters safety (The Empress), and did everything in her power to dissuade Emmaline from going out into the woods on her own (The Magician).  When nothing seemed to work, the mother eventually consulted with the old crone witch that lived at the edge of their village (The High Priestess).

The witch was powerful and used her significant magical abilities (Strength) to cast a spell upon Emmaline and pin the girl in place at home (The Hanged Man).

It worked! But it made Emmaline very sad, and the Fae missed her very much (The Tower). So much so that they came to rescue the little girl (The Chariot) and allowed Emmaline to choose if she wanted to live in the forest forever or stay at home with her mother (The Lovers).

The Fae’s powerful magic broke the spell and the little girl bounded off into the forest with the Fae, never to be seen again by human eyes (The World).

An Emotive Ramble on “Coolness”