Prompt: Draw (at least) three cards. Use them to tell us a story about working in a magical library. 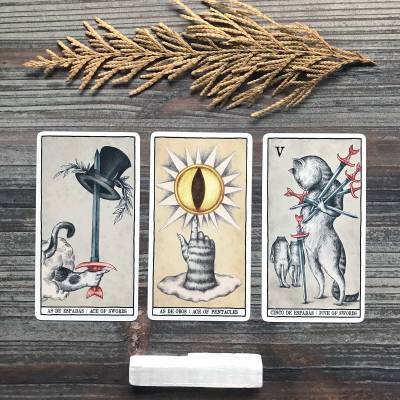 Not that the wage was particularly good, but they’d said when he was hired that there was potential to move up in the ranks and make more later.  But then later came and went, or at least id did in his opinion. And here he is, still stuck in a starter wage, working in the library and not feeling any smarter. (Ace of Pentacles)

This is why he started to sneak out the books.  Not that he meant to.  He meant to just take the one home, and read it, and then bring it back!  But it was really confusing and so then he had to borrow an easier one to help him with the harder one.  And then the next thing he knew there were three books in his home.  And then four!  They’re breeding like rabbits! Except they aren’t breeding at all, he just can’t seem to stop taking them home… and he always forgets to bring them back. (Seven of Swords)

One thought on “Weekly Creativity Prompt – The Borrower – Part 1”

It’s Okay To Shuffle In the Dark

Morning Bonus Read – State of Being

The Nature of Value

Music to Craft By