Specifically, the meditation spoke on how when we become overwhelmed, it is often because we are trying to take on too much at once.  In truth though, a project or any topic of overwhelm is so overwhelming because it is so big.  To solve this problem, we need to remember to break these huge projects and responsibilities down into bite sized pieces.

Like when you clean a house… you look at the house as a whole and it looks overwhelming and like so much work.  Too much work.  Instead, we need to look at the cleaning of a house as a bunch of little tasks.  Dust one piece of furniture.  Wipe down one counter.

In breaking down these big projects, we then can see them as small things we can manage to do.  And if we focus on one small thing at a time, pretty soon that huge pile of crap to get done is  whittled down to nothing.

Today’s draw is the Five of Swords, which traditionally is a representation of tests, trials, and conflict in the area of one’s thoughts, logic, intellect, and communication. This type of conflict often comes across as disagreements and competition, but what I find this card often indicates that is not so common of an interpretation is the “winning at all costs” attitude that this card can often convey, as well as being a reflection of “the spoils of war”.

Probably not surprisingly, what stood out to me in the imagery of this card is the plants. The flower in the background looks a lot like a clover bud, and yet the greenery beneath looks like dandelion leaves.

One of the lesser known representations of the white clover is revenge.  This combined with the dandelion, which commonly represents standing strong and overcoming hardships, gives me the impression that in this case the battle has already been fought, and what we are witnessing in the card’s imagery is the aftermath.

The card here today is a reminder that the honor of standing tall is more important than the temporary satisfaction of retaliation.  Sometimes (and I admit that this very well could be due to my Scorpio moon) I have this overwhelming urge to lash back at those that piss me off or irritate me.  The card here today is an encouragement to rise above these urges.

#ConnectWithYourDeckChallenge by E Roebuck-Jones
Question: How do I grow from my mistakes? 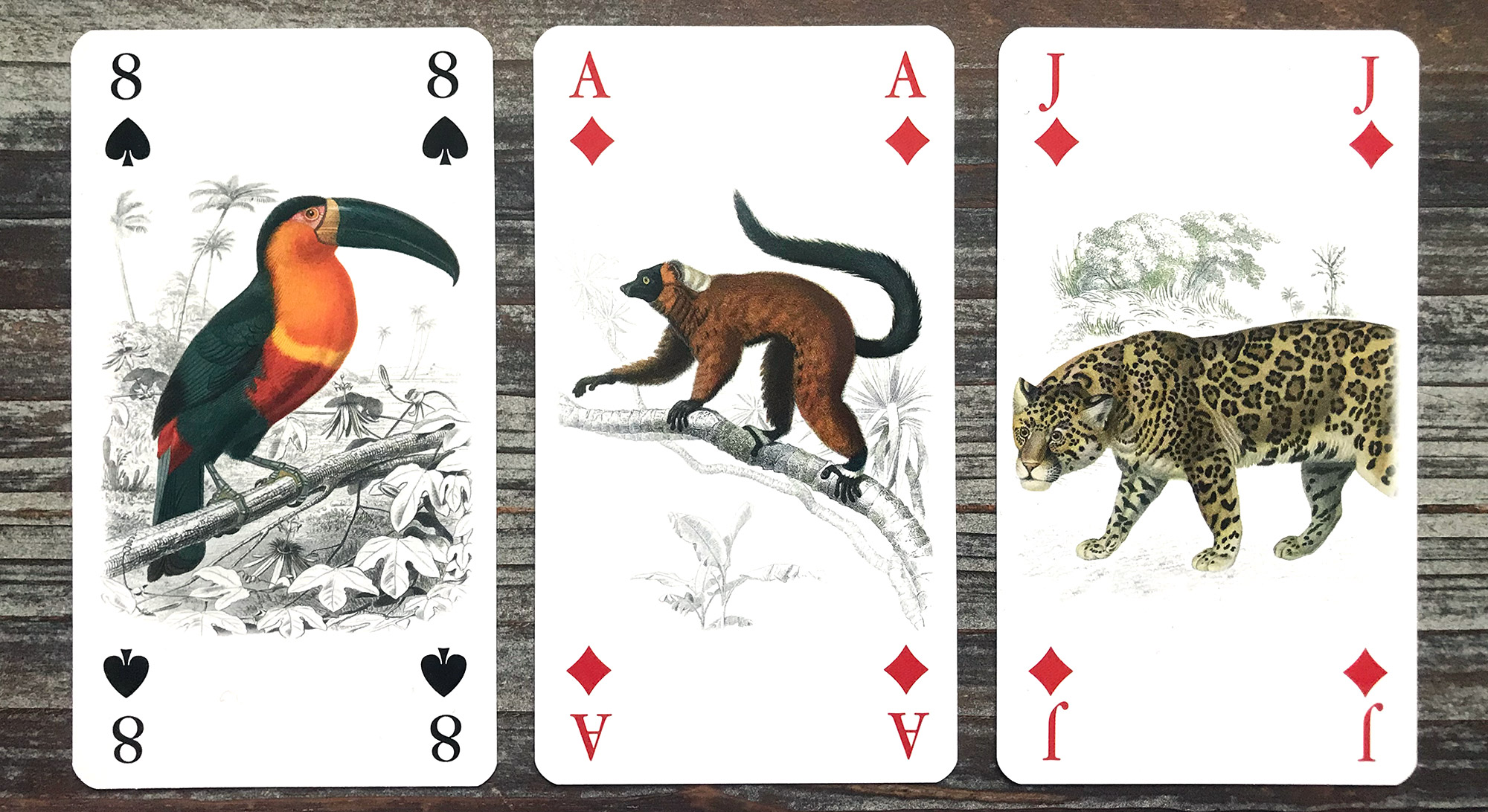 Reading Summary: Open your eyes and pay attention (Eight of Spades) so that you can see your mistakes (Ace of Diamonds Rx) as opportunities to grow (Jack of Diamonds).

Take Away:  This is about carrying forward the knowledge gained during my mistakes so that I don’t repeat them and can course-correct before mistakes become catastrophic. By learning to identifying mistakes early or by taking the lessons that come from them when you can’t course correct in time, I am then able to turn those mistakes into something of value instead of just another fuckup.

Pissy
Grumpy
An irksome mess
Not fit for company
Not fit for much less
Getting out of bed
might have been
a mistake.
Shouldn’t socialize
when in this state.

Heather Carter on YouTube put together a series of prompts titled #31DaysofWitchcraft that she’s been working her way through since the beginning of May. I really like this idea, but I can’t handle the responsibility of any more daily posts, so I thought that for the next few weeks, I would do one (or a few at a time) for the end of week “My Pagan Perspective” posts and work through them a bit at a time.

“Witchy Funk”.  That is such a weird term to me when I read it and I’m not sure why.  Maybe it is because my spirituality and my witchcraft are so wrapped up into one?

The thing is, witchcraft is an act.  It is an activity.  You do not have to be Wiccan or Pagan to practice it.  There are Christian witches, Hindu witches, Atheist witches… there’s all kinds.  It is not a spirituality, it is an act… a tool.

Paganism, is not an activity.  It is a faith.  A religion.  A spiritual path.  It is a path of belief.   How someone walks this path may vary from person to person.  Some Wiccans, for example, do not practice witchcraft.  Some Pagans don’t either.   And others do.

For me, these two things were interlaced and so very woven together that they grew together like gemeis, two trees that grow together into one. The inosculation in this natural phenomenon between trees is a good comparison how witchcraft and my spiritual path have grown together over time until there is no clear separation between them any longer.

So when I see the words “witchy funk” it feels strange.  How does one have a “funk” from their belief?  From their faith?  From how they believe the world works and how we interact with it?   I’m… not sure that’s possible. I mean, maybe during major depressive episodes and I essentially retreat from every little single thing in the world?  But I definitely wouldn’t call that a “funk”.

Are there times when I am more active and engaged than others?  Absolutely, but we can say that about anything in life, can’t we?  Everyone goes through phases and cycles.  Sometimes our attention gets drawn away to this or that, and then we slip back to center again when the newness wears off or we accomplish what we’d been distracted by.   I also don’t consider these a “funk”, but more of a natural cycle of interest and curiosity balancing out with just how much time there is in each day.

So I’m left wondering… do I even have witchy funks? What exactly -is- a witchy funk anyway?   I’m not sure.

Where Are You Going?

Timing In The Tarot