One of the blogs I follow recently made a post about values, and how we identify with and connect to our values on a day-to-day bases. I really enjoyed this post, and decided to do the little quiz included that would rate my own values, as well as how well I have stuck to my core, main values over the past month.

You don’t really get a total score, as this is more of an exercise to explore your values and what is important to you by breaking them down and rating how much you then incorporate them into your life.

So there you go.  Not really anything all that surprising, I don’t think? 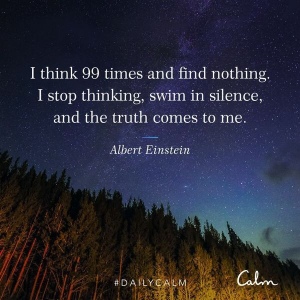 Today’s meditation was ten minutes long, and focused on the benefits of taking a pause (such as when we meditate) to assist in clearing the clutter from the mind and creating a clearer focus.

This was a benefit that, when I started first meditating on a regular basis, I didn’t really notice all that much.   BUT, over time, I’ve come to notice that on the days that I do not meditate in the morning, I end up feeling more frazzled throughout the day.

It’s not a huge difference, but when you are dealing with anxiety, there’s always that last straw, right?   The meditation offsets that last straw, knocking a few others off my back at the same time, which makes everything just a little easier to deal with and my mind a little clearer as a result.

Today’s draw is a double without a jumper, meaning that they both came out together.

The cards in today’s draw are the Eight of Zephyrs and the Queen of Brine.

I find a common serenity in both of these cards, although the cards themselves speak to me of opposing situations.

In the Queen of Brine card, she is completely in her element where everything is familiar, and all within her element is completely trusting of her. The mollusk she holds is not hiding in its shell, but instead is open and exposed.  The same can be said for the clams in the corners of the card that expose their pearls within her presence. Creatures of the sea swirl around her, embracing her, and she is both confident and serene in her environment.

In the Eight of Zephyrs card, the little moth child is within water, which is not their natural element. And and yet they, too,  look serene in that environment and the environment appears to support their endeavor. The bushel of venus fly traps in the bottom right corner is an indication that there is always some risk that comes with trying something new and stepping out of your element… but as a whole the card speaks of finding serenity even in the unfamiliar of something new.

The Queen of Brine overlapping the Eight of Zephyrs speaks of taking that inner sense of  serenity within the embrace of what is familiar to you, and carrying it with you into times when you step into unfamiliar territory. Be aware of the danger of course, but also be in touch with how the new experience feels and the benefits it may bring.

Queen of Brine (Water) is a representation of a receptive alpha energy in the area of emotions, creativity, relationships, and intuition. The appearance of the card usually follows along the themes of compassion, caring for the self or others, and listening to one’s heart and intuition.

Numerically speaking, the Eight of Zephyrs (Air) is a representation of manifestation, purpose and determination, as well as accomplishments in the area of the mind, logic, education, thought, instinct, and communication.   Traditional meanings within the RWS system for this card also include self limiting thoughts and beliefs, self doubt, and being open to new perspectives.

Do What Makes You Feel Good